Cell Phone Users Rejoice Over the Recent Drop in Rates 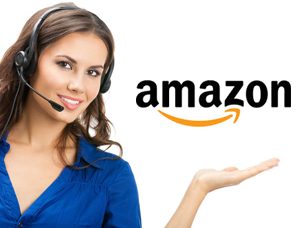 The seeming slowness with which the market has adapted to the availability of an unlimited plan illustrates the massiveness of the effect such a plan will inevitably have – most major service providers now offer some form of package that gives customers unlimited minutes. Slowly, providers have started expanding the idea of ‘unlimited’ to the quickly growing texting market as well, first offering the service between accounts of shared providers, and eventually opening it up to any new or refurbished cellular phone. This trend of expansion held steady last year, when Sprint pulled ahead again with their creation of an unlimited ‘everything’ package, which lets customers talk and text as much as they want in addition to being able to send and receive unlimited picture messages. The original $200 per month price tag was lowered to $149 per month, which has since been reduced to only $99 a month for a single line. A lot of people decided it was time to recycle their used Blackberry and sign a new contract. With so many phones being recycled recently because of dropping contract rates, the industry has begun to change again. Recycled and refurbished phones are turning up in abundance, and the prepaid market is expanding. Local prepaid retail outlets currently offer unlimited monthly packages for as little as $60. Such low rates are bound to have their effects on the contracted cellular market, and contracted customers should expect to see unlimited talk plans being contracted for as little as $49 per month with monthly, unlimited everything packages being contracted as cheaply as $99. As you can see, these trends are very beneficial to cell phone service customers. As is typical with new products and services, the overbearing cost of owning and using a cell phone is slowly coming down and stabilizing as the number of cellular service customers continues to increase. I personally predict that, at the rate things are going, it will soon be unnecessary for service providers to perform the credit checks that currently keep so many people from becoming customers, lowering the overall cost further. Due to the removal of this limitation and partially thanks to the competitive nature of business, service providers will soon likely offer nothing but unlimited everything plans for less than $50 a month. Owners of used or even refurbished phones should drop in at their local retail outlet and inquire about the types of unlimited packages offered! Retailers are often very eager to do what it takes to get customers onto an unlimited plan, as they typically make commission from such sales.