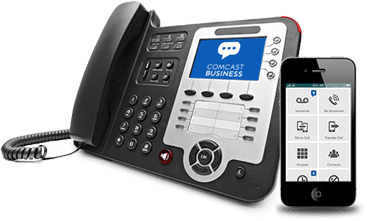 Back in the old days, it has always been a hassle to find yourself rushing towards a blaring telephone that has been ringing for quite some time, only to find a cheeky telemarketer at the other end trying to convince you to pay top dollar for something you really don’t need. The wonders of digital technology changed all that with the introduction of the Caller ID, either as a separate unit with its own display or incorporated into your phone’s system. With the Caller ID, you’ll now know who’s calling — giving you the option to answer the phone or not. The same Caller ID benefits, and even more, can now be enjoyed with your VoIP services. But unlike standard landlines that require a physical address or expensive mobile phone services that usually require you to tie in your credit cards — you can go anywhere within the range of an Internet or WiFi signal and start making and receiving calls with your VoIP account. What is a Caller ID? VoIP Caller ID or Voice over Internet Proper Caller Identification system is a feature in VoIP services that displays the number or name of the caller on a digital display, enabling users to know who’s calling even before they come to pick up the phone. Similar to the caller ID features in conventional phone systems where it is activated, VoIP Caller ID have some added features and enhanced flexibilities depending on the Internet Service Providers that operate the services. How Can You Benefit from the Caller ID Features of Your VoIP Services? SPIT, a relatively new term in the online world that means Spam Over Internet Telephony, is expected to increase as VoIP phones and services become more predominant in use and eventually become mainstream. VoIP Caller ID is intended to safeguard users from SPIT by allowing them to filter incoming calls or enabling them to blacklist or whitelist incoming VoIP calls to segregate unwanted callers from legitimate ones. Most VoIP phones already have the Caller ID feature integrated in their system and can be used freely or through a minimum standard fee. Some systems require a separate Caller ID box or an upgrade in the software to enable this feature. Users can work with their VoIP providers so they can have the Called ID feature enabled according to their needs. It can also be incorporated with other VoIP features such as Call Waiting, allowing users to know the number or identity of the second incoming call. Such needs depend on the users themselves. While most would use VoIP features for personal call-filtering use, other users like companies or businesses use Caller ID as an identification authentication system to allow users to enter their corporate network from a remote location or to activate a service offered by the company like credit cards and similar products or services. Issues with the Caller ID Features in VoIP That You Should be Aware Of A term called Caller ID spoofing refers to the misrepresentation of the callers identity by using a fake caller ID. Intentions can vary: from callers just wanting to fool the call recipient, or a malicious attack on an establishment with the intent of fraud. In this regard, the Senate passed a new law called the Truth in Caller ID Act of 2009, subsequently followed by the Truth in Caller ID Act of 2010 from the House with the intent of making it unlawful for people to use VoIP services with the intent of providing misleading caller ID information that can lead to fraudulent or harmful activities against the recipient. With such protection from the government, users can continue to enjoy VoIP Caller ID services as they were intended to be used.