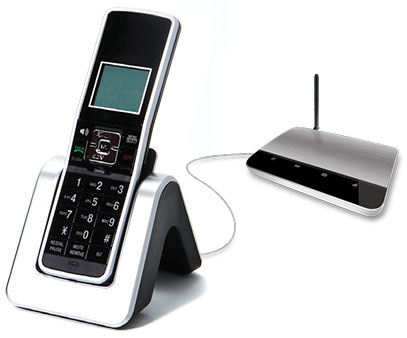 The last decade has witnessed the phenomenal growth of the Internet to become the most widely used and in many cases the preferred method of knowledge gathering and communication. For many years email has been the obvious communication choice for business but more recently the continued technological development has enabled the coming of age of the internet phone call. In particular broadband for business encompasses not only Internet inquiry but VoIP phone services as well (Voice over Internet Protocol). However, even when there is an intent to take advantage of innovation, and typical of many facets of technology, the layman struggles to understand the jargon used by technology suppliers and it can be hard to gather and understand the information needed to make an informed choice as to what option is most suited to the business need. To begin to demystify this we have taken a series of basic questions and provided our view of what they mean in reality. What is Broadband? Broadband is a faster version of the Internet that works at higher speeds because of an increased bandwidth. The most commonly used form is ASDL (Asymmetrical Digital Subscriber Line) which is an upgraded phone line that stays permanently connected unlike the older dial-up modems that were initially used to connect to the Internet. The word Asymmetrical (i.e. non-symmetrical) used here relates to the different speeds of uploading or downloading information. Data downloaded to local systems typically operates at 2 megabytes of data per second whilst the upload speed is often only 128 kilobytes of data per second. ASDL uses the same cable that connects the phone line to the local exchange. During the 1980s, telephone engineers were experimenting with ways of sending video images over normal phone lines. The technique developed was to create a new set of pulses, this time for video, which would travel down the wire along with the voice pulses. These new pulses were at a much higher frequency and therefore would not interfere with the voice signal. Unfortunately the infrastructure was not in place at the time for the effective transmission of video via telephone, but the idea of sending two signals together over a phone line led to the development of Broadband due to the fact that the video pulses were originally designed to carry a lot of information and therefore they were perfect for carrying digital signals, like Internet data. The Development of Broadband Phone Services Voice over Internet Protocol or Broadband phone service as it is often referred to is changing the world of telephony. Traditional use of phone lines will be slowly phased out as both home and business users recognise and embrace the benefits that VoIP phone services offer. The first Internet phone software was developed in the mid 1990’s utilising sound cards, microphones and speakers and designed to run on home PC’s. However, because of the lack of availability of Broadband and therefore its dependence on dial-up modems, the IP phone service suffered through lack of voice quality when compared to a normal telephone. Notwithstanding this limitation, in the USA by 1998 VoIP traffic still represented about 1% of all voice traffic and with more manufacturers becoming aware of the potential of the Internet phone, by 2000 this had increased to 3%. With technological enhancements overcoming the quality issues, in conjunction with the prioritising of voice traffic over data traffic, VoIP now provides reliable, clear sounding and unbroken Internet phone calls.