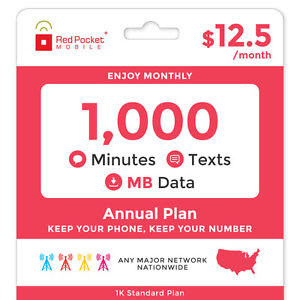 For a sales based business, the benefits of of VoIP go far beyond mere cost saving and fewer headaches. Though factors like that can be the primary driving force behind the adoption of VoIP, firms soon understand that they can leverage Internet based voice systems to more efficiently manage their sales force and better serve their customers. For this to happen, mobile VoIP is has to be a critical component of the infrastructure for the simple reason that sales people are almost always on the move. Features such as single number integration for multiple devices are possible only when a mobile phone’s service provider plays nicely with VoIP based services. Of course, there are systems like Google voice that enable a “call back” functionality, but that’s only a stop gap solution. The real problem is that mobile broadband these days doesn’t allow VoIP to reach its full potential. For one thing, many customers complain about not being able to get the advertised speeds on their mobile network. In the US especially where broadband infrastructure development has been shackled by corporations who try not to upgrade, this is a serious problem. And yet it’s only half the story. Sure speed is important, but by itself, VoIP only takes up a minuscule amount of Internet bandwidth. The real problem lies in the fact that many telcos don’t play nice with VoIP data. In Germany for example, T-Mobile has made no bones of the fact that VoIP cannibalizes their regular voice network and have therefore banned VoIP traffic from travelling over their network. Similar attempts were made by Apple and AT&T with the Skype applications. However, after much public outcry and threats from governmental regulatory bodies, the situation has been improved significantly. People are able to now use the full power of VoIP from their uncrippled mobile broadband phones. In addition, the many studies that shed light on insufficient bandwidth compared to what is advertised have forced the telcos to improve their services – and all this is good for VoIP traffic. Whatever is good for the Internet is good for voice data too and the way things are going now, it can only get better. New 3G and 4G networks are coming into play and you can be sure that businesses are not going to hold back from making use of these technologies to the fullest. In the long run, VoIP is unstoppable and your businesses needs to adapt as well.

See also  Deciding What Phone Company To Go With